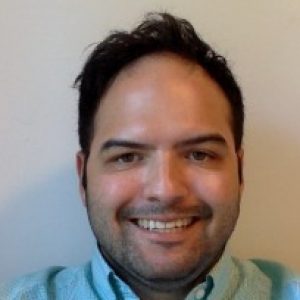 The following case study describes how modeling influenced the scale-up of voluntary medical male circumcision (VMMC) for HIV prevention. You’ll hear from Dr. Emmanuel Njeuhmeli, who served as Senior Biomedical Prevention Advisor at the Office of HIV/AIDS at USAID for nine years. As the VMMC technical lead, Dr. Njeuhmeli provided support to PEPFAR programs in Eastern and Southern Africa for the introduction and acceleration of the scale-up of the VMMC program.

VMMC Modeling Case Study
In 2007, the World Health Organization (WHO) and UNAIDS issued recommendations for countries in Eastern and Southern Africa to introduce VMMC as part of the HIV prevention portfolio. The recommendations were informed by clinical trials that showed male circumcision was protective against HIV. However, countries were slow to scale up VMMC because of questions the studies didn’t answer (i.e., how much will it cost to introduce VMMC? What is the extra benefit of adding VMMC to existing efforts? How many men need to be circumcised?). To answer these and other questions, Dr. Njeuhmeli and his team developed a model called the Decision Maker’s Program Planning Tool (DMPPT).
Click here to read the published article on the DMPPT model.

Click the play button to listen to the first interview with Dr. Njeuhmeli on the role of modeling in the scale-up of VMMC for HIV prevention.

How did the DMPPT 1 influence the initial scale-up of VMMC in priority countries?

The modeling team did a desk review of the impacts and cost savings from scaling up VMMC in 14 countries. (By conducting a desk review, they used previously published data rather than collecting new data, to inform parameters used in the modeling). The advocacy objective was to support scale-up of VMMC in the 14 priority countries. Many stakeholders at the global level, and a few at the country level, informed the modeling exercise regarding questions of interest, data and assumptions. The desk review provided estimates of: 1) potential costs and cost savings; 2) the number of HIV infections that could be averted (prevented) by VMMC; 3) the percentage of HIV infections that could be averted by VMMC versus other interventions. Mainly as a result of those data, the advocacy objective was achieved. That is, countries and donors fully supported VMMC, WHO/UNAIDS launched a Joint Action Framework for scale-up of VMMC (2011) and commitments led to specific planning for rollout of VMMC.

Click the play button to listen to the second interview with Dr. Njeuhmeli on the role of modeling in the scale-up of VMMC for HIV prevention.

Key findings/messages that came out of the modeling, and how they supported commitments to scale up VMMC included:

As VMMC scale-up moved forward, targets were initially set for countries to circumcise 80% of men aged 15-49 years. However, data soon showed that the majority of those seeking VMMC services were adolescents aged 10-19 years. This observation produced new questions, like, “should VMMC policy state a minimum age? How might VMMC contribute to a reduction in HIV infections in the next 2-3 years if younger adolescents were getting circumcised but were not sexually active?” Should we be putting additional resources into demand creation for older men?

To answer these questions and others around the impact and cost-effectiveness of VMMC by age groups and sub-national geography, a new model—the DMPPT 2—was developed in 2013.

Click the play button to listen to Dr. Njeuhmeli discuss the role of the DMPPT 2.

The DMPPT 2 was developed in 2013 to help VMMC program planners focus their VMMC programs primarily on the age groups and subnational regions where they would have the most impact and greatest cost-effectiveness. Because the modeling exercises were done in collaboration with country stakeholders, countries were empowered to make their own decisions about how the results would inform their implementation plans.